Highly Skilled Migrant Women in Switzerland: What Are the Challenges?

Highly Skilled Migrant Women in Switzerland: What Are the Challenges?

Although Swiss migration politics are based on attracting highly-skilled workers, women from countries outside the European Union/European Free Trade Association (EU/EFTA) with a tertiary education face systemic constraint that hinder their access and integration into the Swiss labour market.

What’s going on in Switzerland?

Highly skilled women, often from Latin America, the Middle East and South-East Europe, move to Switzerland, either to seek a job, continue their education or due to family reasons. In 2007, 47% of migrants living in Switzerland were women and in 2008, 40% of women coming from a non-UE/EFTA country and working in Switzerland were holding a university degree.[1] Despite their professional skills, autonomy and agency, those women still face structural barriers and struggle to access the Swiss labour market.

Migrant women’s skills and experience are often wasted. In fact, a significant number of the non-EU/EFTA diplomas are not recognized or only partly recognized in Switzerland. This can push women, as well as men, to restart university from the beginning, which impacts their economic independence as well as their psychological well-being. Professional experiences are also often undervalued since they are not backed by the “right” diploma.

Lack of information channels and networks

Migrant women tend to face a lack of information on employment opportunities and professional networks in Switzerland. They receive few or no inputs regarding the Swiss labour market, contacts and strategies. Access to knowledge on cultural specifics of entering the employment market, such as how to write applications and resumes in Switzerland, which often differs from other countries, may further worsen their situation.

Language as an additional barrier

The language may be another burden impeding women from accessing the labour market. Some employers require fluency in both French and German, others demand one of these two languages as mother tongue and even others request perfection in German and Swiss German. For persons who did not grow up in Switzerland and therefore did not follow these languages in school, it is difficult to fulfil these high requirements.

Your passport, your gender and all the stereotypes coming with that

Migrant women stand at an intersection of gendered and racial stereotypes. The collective imaginary depicts them as submissive, passive and not empowered. They are more likely to be seen as not emancipated and competent enough to fulfil certain professional tasks. These gender and racial preconceptions often lead to the assumption that migrant women’s only suitability lies in the field of care work.

To access highly-skilled jobs in Switzerland, a C permit is generally required. However, this permit is difficult to obtain and takes about 10 years of residency for non-UE/EFTA nationals. In case of transnational marriages, the residency authorization is a long process, during which the immigrated spouse has not a stable status and thereby cannot apply for jobs, since employers require a valid working permit. To conclude, Article 21 of the Swiss Law on Foreigners gives priority to the Swiss and UE/EFTA nationals for accessing the labour market. [2]

Overall, the reasons discussed in this article have an important impact on migrant women’s situations and well-being in Switzerland. In many cases, gender, racial stereotypes and institutional barriers confine them to the domestic sphere since access to the labour market is difficult. In other cases, they are obliged to opt for part-time and low-paid jobs that do not fit their level of education and lead to a professional deskilling.

Haifa Ben Salem (25) is a trilingual gender expert and lives in Geneva. Her fields of interest are mainly gender and migration; gender and identity, gender in trade and development, and gender and cross-cultural dynamics. She is an active member of the Gender Program at foraus. 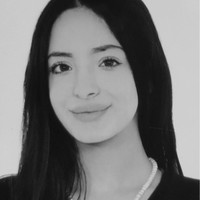