As Russia advances in Ukraine, what strategy for the West?

As Russia advances in Ukraine, what strategy for the West?

Gergely Varga
Copy the following URL to share this article:

With Russia making major advances in the war in Ukraine and mounting economic challenges in Europe, support is growing to reconsider Western priorities and strategy in the war. Such arguments are based on much more than the pursuit of pure economic self-interest, they also embrace coherent strategic and moral considerations.

Since Russia has refocused its war efforts in the Eastern part of Ukraine, it has slowly but steadily been gaining ground in the Donbas. While Russia has suffered great losses, the number of casualties on the Ukrainian side have also been enormous, and it is becoming increasingly difficult for the Ukrainian army to provide enough reserves. These developments on the battlefield confront the West – Ukraine’s main supporter – with a fundamental question: should it prioritize military victory of Ukraine or peace as soon as possible in its strategy?

Since Russia’s military aggression, the dominant narrative and preferred strategy in the West has been that based on the illegitimate and unacceptable nature of Russia’s aggression, the EU and NATO should not allow Russia a military victory over Ukraine. A group of countries, led by the United States and joined by Poland, the Baltics, UK and Nordic countries, have provided Ukraine quickly with significant amount of weapons, and are also the leading voices in hitting Russia with more severe sanctions in order to place as much cost on the Russian economy as possible. The moral argument for this strategy has been widely articulated in the last few months: due to the illegitimacy and the horrific nature of Russia’s war, it is a moral obligation to help Ukraine in every possible way.

Nevertheless, as Russia gains ground on the battlefield and the fighting continues with no end in sight, the West is forced to review its strategy and ask whether a victory for Ukraine – meaning recapturing the territories lost since 24th of February – is realistically achievable? Given the overwhelming advantage of Russian forces, even if Western countries would significantly increase their arms – primarily heavy weapons – deliveries, it’s far from assured that the current course of the war could be altered. The issue is not just providing the weapons, but the logistics, the maintenance and above all, the necessary number of Ukrainian military personal able to operate the weapons.

The hard reality is that while the current or even modestly increased level of assistance enables the Ukrainian army to lose territory at a much slower pace and inflict a higher price on the Russian army than otherwise, it fails to ensure victory for Ukraine. Though slowing the Russian advance is itself a considerable military tactical result, it is insufficient for a comprehensive Western strategy. At the same time, a dramatic increase of Western weapons transfers would obviously significantly raise the risk of a direct military confrontation between NATO and Russia or the introduction of non-conventional weapons on the Russian side. Not to mention that a further escalation in Western-Russian relations would likely result in the cut of all economic ties, including energy, and all evidence shows that Europe is not prepared for that.

With these risks, voices in the West urging a more cautious Western strategy emphasizing the importance of peace are getting louder, especially in countries such as Germany, France or Hungary. This approach also aligns well with the traditionally neutral Swiss foreign policy. Observing the arguments of politicians and commentators favoring diplomacy with Russia, the emerging energy crisis and possible devastating effects on the European economy are undeniably a key driver in this development. Nevertheless, arguments for a strategic revision are not exclusively about the welfare of the West but also consider the future of Ukraine. There are multiple reasons why it is legitimate to consider a revised Western strategy.

First of all, the West will only be able to continue to support Ukraine if its own economy is not in shatters. Secondly, it would be misleading to suggest that the only alternative to the current Western strategy is a complete surrender to Russian demands and cessation of all support for Ukraine. Thirdly, while there is no guarantee that it would be possible to reach a ceasefire with Putin in the near term, this doesn’t justify the complete absence of any serious Western effort for diplomacy alongside continued support for Ukraine, just as Henry Kissinger recently suggested. Fourth, even if Putin is primarily to blame for the emerging world food crisis, the West has to consider the consequences of its own policy of prolonging the war as well. Fifth, ending the fighting, which causes so much suffering and devastating destruction, is itself an important objective.

As in any war, there are no simple solutions to end the fighting in Ukraine, and all options available contain heavy decisions. Therefore, the voices calling for adjusting Western strategy to the political and military realities on the Ukrainian battlefield and the transatlantic political landscape have a legitimate argument in the debate about the war and Western strategy. 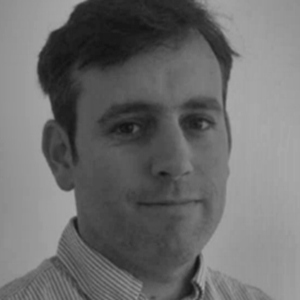