Peter Freudenstein
Copy the following URL to share this article:

What New Delhi’s air pollution crisis can tell us about climate justice, socio-economic privileges, and the urgent need for more financing of climate adaptation measures. Written by a Swiss currently living in India.

New Delhi’s current air pollution levels are beyond terrifying, especially when experiencing them first-hand. Breathing in the thick, toxic air that smells of both the sweet stench of engine fuels and the coarse smoke of a farm waste fire is a sensation I would gladly have never experienced.

Measured by the amount of micrograms of dangerous particles per cubic meter of air, the daily readings of the Air Quality Index (AQI) averaged around 400 during the week after the Diwali festivities, with hourly spikes overwhelming the sensor limits of 999. Compare this to Switzerland’s AQI range of 5-30. Anything beyond 150 is considered unhealthy and readings above 400 translate to severe health impacts for everyone. Worse still, while immediate symptoms like a stuffy nose or headaches are no doubt a nuisance, the long-term effects of prolonged exposure to polluted air include increased likelihood of strokes and lung cancer.

While appalling, what stands out to me most is not the obvious failure of the Indian government to address this issue, it is how this crisis highlights in stark terms the large discrepancy between those who can and those who cannot adapt to climate catastrophes.

I, a Swiss citizen earning a Swiss salary, quickly ordered an air purifier for 150 CHF the moment things got worse. I also left for the mountains for a few days to escape the smog. But what options does a Delhi cab driver with a 200 CHF monthly salary have? Where will the large number of slum-dwellers, most with a monthly household income of less than 150 CHF, seek refuge when the fumes clog up the lungs of their kids? They will continue to be out in the streets, day in and day out, struggling to make a living, and bearing the brunt of the air pollution without relief or pause. Is this fair and do we, deep down, really care? I’m going out on a limb to say we probably don’t, thus providing yet another grim reason for why climate action must go beyond individual action. It must institutionalize questions of justice and we, the developed nations, need to put the money where our mouths are.

A negative case in point was the recent meeting for the replenishment of the Green Climate Fund, a fund under the UNFCCC designed to leverage additional climate finance. Hailed as a success by the participating countries, including Switzerland, the cumulative amount of funding from 2014 to 2023 amounts to a mere $18 billion, missing the already low target by $500 million, in part due to the prominent absence of countries like the US, Australia, China or Saudi Arabia. This outcome should offer little reason for celebration when contrasted to the Paris pledge of $100 billion of annual climate finance. Besides, most climate finance stays in the country it is sourced from and is directed towards renewable energies and energy efficiency, thus never reaching the most affected and vulnerable communities. This in combination with the focus on mitigation and the disappointing contributions lead to the inevitable conclusion that what we are doing is in fact just a cheap sale of indulgences in return for present inaction. It is certainly more comfortable to discuss discount rates of future damages or the planting of trees than to acknowledge our collective failure in preventing the Marshall Islands from literally drowning or from Indian school kids having to mount breathing masks.

The air pollution crisis in Delhi serves as a repeated wake-up call to put adaptation and resilience on equal footing with mitigation not only in terms of rhetoric, but in terms of action. A good start are recent studies that place the estimated annual costs of adaptation by 2050 between $280 billion and $500 billion per year. But while smart solutions abound to close this funding gap, we are missing the political will and the domestic pressure on the side of the developed countries to do so. It is promising, therefore, to observe the recent greening of European and Swiss politics and the global call for climate justice, a recognition of the disproportionate amount of suffering the most vulnerable face.

Indeed, it is all about how we translate this idea of justice into domestic law and how it will inform Swiss international development cooperation. If anything should come out this text, in the end, it is my wish for our politicians and people only concerned about melting glaciers to look beyond the physical and metaphorical Swiss Alps and to accept that if we are serious about climate action, it means putting others first, in every possible way, but in particular when it comes to climate finance for adaptation. Only then are we really contributing to fighting the impacts of climate change today.

Image by the author 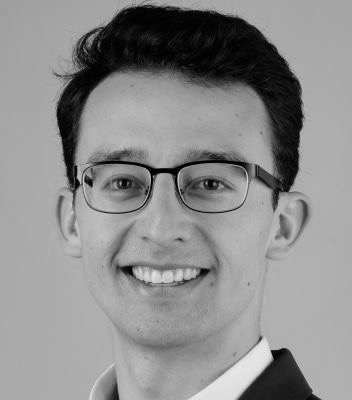