Japan’s awakening to a multipolar world

Japan’s awakening to a multipolar world

Lionel Fatton
Copy the following URL to share this article:

This article originally appeared at East Asia Forum and is reprinted with permission.

Lionel Fatton – The world is rapidly multipolarising. Although the United States will remain the centre of the international system for the foreseeable future, the rise of China is shifting gravity towards Asia. This has resulted in growing tensions between Washington and Beijing, notably over China’s economic practices and behaviour in the South China Sea. Japan, locked between two superpowers and threatened by North Korea, is awakening to a new reality.

Japan has consequently, since the early 2010s, reoriented towards a more autonomous security policy, breaking with past practices. Nevertheless, the country continues to rely on the United States for security. Japan therefore pursues an intra-alliance hedging strategy — maintaining a robust alliance while gradually moving towards autonomous defence.

Under the traditional spear and shield alliance structure, Japan was responsible for the defence of its territory while relying on the United States for power projection capabilities. One aspect of Japan’s move toward autonomy is the duplication of these capabilities.

In December 2017, the Japanese Ministry of Defense requested funds for fighter jet-mounted long-range cruise missiles, including the Joint Air-to-Surface Standoff Missile-Extended Range (JASSM-ER). The defense minister then, Itsunori Onodera, justified the acquisition by citing the need to protect Japan’s Aegis-equipped destroyers, apparently referring to North Korea’s Nongo-class vessels endowed with anti-ship missiles. However, the JASSM-ER is exclusively suited to hitting targets on land. Although the missiles could be used to neutralise military assets on captured islands in Japan’s maritime domain, Japanese strategists also seem to seek capacity to destroy targets on North Korean territory.

Japan’s first amphibious brigade was launched in April 2018, an obvious duplication of US forces given that the III Marine Expeditionary Force, with some 27,000 soldiers in Okinawa, is by far strong enough to deter any potential aggressors.

In addition to duplicating US military assets, Japan is reorganising its armed forces. The three Self-Defense Force (SDF) services have traditionally been more integrated with their respective American counterparts than with each other, generally unable to operate independently. Greater joint coordination now between SDF services means more autonomy from US forces.

The greater integration between SDF services was strengthened in 2013 by the Dynamic Joint Defense Force (DJDF). The latest concept of a Multi-Domain Defense Force (MDDF), issued in 2018, aims to accelerate this process, expanding it to the cyberspace and outer space domains.

Why is Japan moving toward autonomous defence after relying on the United States for more than half a century? Drastic international changes since the early 2010s mean that Japan, for the first time, faces the simultaneous prospect of both abandonment and entrapment vis-a-vis the United States.

Beijing is becoming increasingly assertive and Tokyo’s confidence in Washington’s commitments has declined. Although still unlikely, the risk of a conflict between Japan and China over the Senkaku/Diaoyu Islands has increased, and Beijing has devised an anti-access/area denial strategy making American military intervention in East Asia prohibitively costly. Washington has little strategic interest or emotional tie with these uninhabited islands. US President Donald Trump’s transactional approach and repeated calls for Japan to pay more for hosting US troops further undermine Tokyo’s confidence in American commitments.

The risk of being abandoned by the United States has reached unprecedented levels and the Japanese government has responded by showing its value as a stronger military ally, reinforcing the alliance. The Abe administration reinterpreted the Article 9 ‘peace clause’ of the Constitution to recognise limited forms of the right to collective self-defence, something that was previously denied by official government interpretations. Moreover, active SDF involvement in US escort and protection missions is now permitted.

But this anti-abandonment posture has significantly heightened the danger of Japanese entrapment in combat, particularly on the Korean Peninsula where tensions have skyrocketed. In 2017, Japanese vessels refuelled American warships on guard against North Korean missile launches at least 17 times, and conducted several combined exercises and escort operations with US counterparts. A contingency requiring Japan to invoke the right of collective self-defence or protect US forces could have easily taken place.

If Japan decides to adopt anti-entrapment measures, distancing itself from the United States to keep out of a potential Korean war trap, it may become more vulnerable on the Chinese front amid the subsequent weakening of US commitments.

The only way to solve this entrapment–abandonment dilemma is to adopt a more autonomous security policy. Japan then reduces its dependence on the United States and mitigates the fear and the cost of a potential abandonment. More autonomy also lowers the probability of entrapment by providing Tokyo with more scrutiny over Washington’s decision-making.

Japan will continue relying on the United States for the foreseeable future as the alliance remains necessary to adjust to changing power balances. Tokyo also faces challenges impeding its move toward autonomy, including economic and socio-political constraints on defence spending, a downward demographic trend that impacts the SDF’s ability to fill its ranks, and popular opposition to a more muscular security policy.

The end product of Japan’s strategic reorientation is set to be an alliance between two more equal and self-reliant countries. 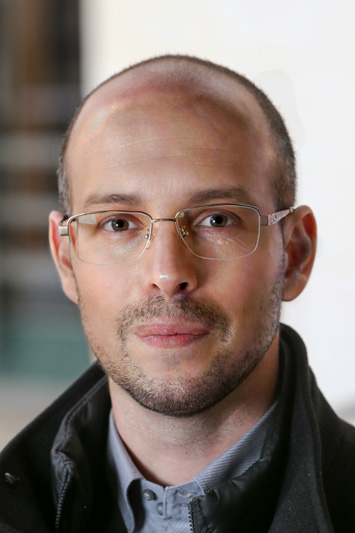