Lebanon Has A Newly Elected Parliament – So What?

Lebanon Has A Newly Elected Parliament – So What?

Niniane Paeffgen
Copy the following URL to share this article:

This year’s parliamentary elections in Lebanon were highly anticipated, but brought no radical change: Few new faces, the same old game of power-politics.

Lebanon held its first Parliamentary Elections in almost a decade on May 6. For young people it had been the first time that they were able to vote for parliamentary representatives. An exception of rare-held elections in the country were the 2016 municipal elections, during which campaign, a remarkable mobilization of citizens challenged long-standing patronage-based sectarian parties. Fascinated by the complexity of the political landscape and history, as well as the regional dynamics, I spent some months in Beirut for my master-thesis research and to learn more about the so-called social movements and their role in politics in 2016.

It seems that with regards to the local political landscape not much has changed since then, yet the regional and geopolitical dynamics have shifted and even intensified. Thus, on a local level, the newly elected parliament in Lebanon will most likely not make a difference. The key players in the country are too busy fighting for influence in other parts of the region.

Parliamentary elections in Lebanon: More of the same

Since the municipal elections in 2016, the main issues in Lebanon remained the same and became even worse. The country suffers from multiple crises that lead to a perpetual state of paralysis: the garbage crisis, lack of electricity and infrastructure, corruption and clientelism, countless refugees, economic distress. Meanwhile a new electoral law has been introduced which has changed the system from majoritarian to a new system of proportional representation.

Similar to the 2016 municipal elections, citizens, who have had enough of a corrupted and sectarian political system, presented themselves as candidates for the parliamentary elections and focused on citizen’s daily concerns, rather than on sectarian affiliations. Yet, the electoral outcome was somehow sobering and less than what many had hoped for. No fundamental change did happen, but the political balance got slightly adjusted.

Possible explanations for this outcome is that most Lebanese leaders have built substantial networks of patronage through decades of war and corruption and are too invested in the system to change it. Even voters who are not satisfied with the political leaders, understand the logic of the system and are somehow entrenched in it. Further, in Lebanon exists a general belief that «change is not possible» or threatens the country’s security situation.

Christian parties and Hezbollah’s coalition emerged stronger, wheras the prime minister’s movement has been weakened. According to Al Jazeera, the results of the elections seem to be an indication for the growing influence of Hezbollah. The Shia Muslim group and its allies won the majority of seats in parliament and some analysts see this as a victory for Iran. Hezbollah is backed by Iran and it is the only party in Lebanon that has an armed wing. On the other hand, the Sunni Prime Minister Saad Hariri and his party, the Future Movement, aligned with Saudi Arabia and the United States, lost more than a third of its parliamentary bloc. It remains to be seen how the coalitions in the coming government show the new balance of regional alignments at play – some parties may move closer to regional or international positions, given the greater cleavages in the Middle East.

As the New York Times stated on 8 May 2018: «Perhaps the most encouraging thing about the parliamentary elections on Sunday in Lebanon is that they were held at all after years of delay and political inertia, corruption, economic stagnation and foreign meddling.»

Regarding an already tense situation in the region and the fragile balance in Lebanon, it is hard to predict what comes next. However, tensions and insecurity have been added due to the US withdrawal from the Iran nuclear deal and by rising tensions between Israel and Iran. On May 10, Israel has launched its most intensive attack on alleged Iranian positions in Syria, bringing two of the region’s major powers closer to the brink of direct confrontation than ever before. Yet, a full-fledged war or an additional outbreak of violence in Lebanon, which could bring unforeseeable consequences, is in no one’s of the parties’ interest. 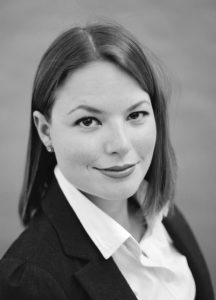