Moldova’s Future: A Path towards EU Membership while dealing with Domestic Challenges

Moldova’s Future: A Path towards EU Membership while dealing with Domestic Challenges

Roman Hunziker
Copy the following URL to share this article:

During an official visit to Switzerland, Mr. Andrian Candu, President of the Parliament of the Republic of Moldova, was available for a meeting with the foraus-Blog.

Switzerland and Moldova celebrate this year’s anniversary of 25 years of diplomatic relations with an official visit of the President of the Moldovan Parliament, H.E. Mr. Andrian Candu, as well as the establishment of a Parliamentary Friendship Group between the two countries.

As a young democracy, Moldova seeks inspiration from Swiss institutions, legislative procedures and ethical rules. Switzerland is interested in Moldova’s economic growth since the Swiss government is one of Moldova’s most important foreign investors. There is a bilateral development plan, which is mainly concerned with water supply and health related projects and is renewed every three years. The plan’s budget has steadily increased to over 55 million Swiss Francs in the latest plan.

In light of this anniversary it is time to take a deeper look into Moldova’s future. Mr. Candu emphasised that his country sees its future in the long run as a member of the European Union while maintaining close ties to former Soviet Union members such as Russia and Ukraine. Having observed the remarkable progress in neighboring Romania, which is culturally and linguistically close to Moldova, the government decided to sign an Association Agreement with the EU in 2014. This move signaled a departure from any plans to join Russia’s Eurasian Union since their rules are incompatible to the EU’s. There is a risk in this strategy too. In response, Russia signaled its dismay with a trade embargo, which had grave repercussions on the export sector. Russia also controls around 90 percent of Moldova’s energy supply. Mr. Candu said that Moldova seeks good relations with Russia but they have to be based on mutual respect.

In the area of defence, Moldova maintains a neutral status and takes part in NATO’s Partnership for Peace. Joining the alliance is currently not an option, since such a move could tip the fragile balance of power in the region and complicate matters with Russia.

The conflict in neighboring Ukraine affects Moldova in various ways since they are close partners in trade, defence and intelligence. Mr. Candu elaborated on Moldova’s past, where in the early nineties, a similar situation occurred, as the region of Transnistria broke away in a violent conflict. Transnistria has its own government, which is not able to function without help and is therefore heavily supported by the Russian Federation. Moldova is developing a reunification plan, which seeks to reintegrate Transnistria as a region with special status, just like they have successfully done with Gagauzia, a region with a Turk minority. Mr. Candu sees a possible role for Switzerland in the negotiations but added that involving the EU makes more sense because of their economic weight on both sides.

There are also opportunities to be seized. According to Mr. Candu, Moldova seeks to promote its tourism sector and tries hard to reach out to its diaspora. Moldova currently suffers from a severe brain drain of the educated and qualified population, who harbor a tremendous economic potential. Therefore the government and its international partners are offering incentives for a return to Moldova such as; increasing the funding of Moldavia-based projects and tax holidays to set up businesses, which could trigger economic growth. Moldova’s path ahead shows many challenges and opportunities, which are shared with other countries in Eastern Europe and is therefore one to follow closely. 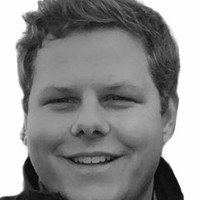