Sonja Stucki
Copy the following URL to share this article:

Our social media tracks become hard political currency. Different players use our data to influence elections and shape opinions to their advantage and political gain. The reality of political opinion forming in the 21st century?

While surfing the internet, we inevitably encounter the leading internet companies; not only through social media channels, but also when using search engines as Google. Mergers and acquisitions made the structures and connections between large-scale companies quite complex and non-transparent for its users. The video portal YouTube has become an affiliated company of Google, while Instagram and Whatsapp are part of Zuckerberg’s empire. Above all, the merger of Whatsapp and Facebook alerted data protection professionals. It’s fact that leading internet companies are nowadays in possession of immense amount of data. But how secure is our data in their hands from third parties? The latest scandal concerning the «data-loss» of 50 million of Facebook users don’t give cause for a very optimistic outlook. Our data isn’t only in danger of hacker attacks but can also fall into the wrong hands – as the British data analytics company Cambridge Analytica – through detours.

Cambridge Analytica claims «to use data to change audience behaviour». The creation of voters’ personality profiles allows political parties to apply targeted marketing measures. During the US election campaign Cambridge Analytica realised online and TV campaigns for Donald Trump while apparently also being involved in the Brexit campaign and even in elections in Africa.

How can user data from social media be used to influence political outcomes? Psychologist Michal Kosinski developed a method to categorise Facebook users into different groups based on their location, friend lists, messages and likes. This allows predicting their electoral behaviour as well as the possibilities to influence it. Even though Kosinski’s method is controversial, it has provoked heated debate in the political arena. In retail trade transparent customers are already part of our everyday life, while in politics transparent voters could soon become a reality, too. This will raise electoral campaigns to a new level allowing politicians to systematically plan and tailor their campaigns to the needs of the citizens.

Is the hunt for our data simply part of modern politics or an assault on our privacy? Or can we even go as far as talking of electoral manipulation? The possession of vast amounts of data goes hand in hand with enormous power and it confers an advantage on certain electoral candidates or political outcomes. As not all candidates have access to the same data, electoral campaigns are biased: The different points of departure can lead to a distortion of political outcomes. Moreover, a veritable hunt for data could break free while certain companies could influence political outcomes through data transfers. Another problem is that our data might be used to support electoral candidates and political decisions we don’t approve of. Transparency concerning the use of our data is therefore crucial so we can freely dispose of it.

It’s a fact, however, that election campaigns are in any case undergoing significant changes in the digital age. Social networks allow politicians to target citizens systematically while also being able to monitor the results of their measures in real time. Messages can hence be adjusted and optimized immediately. As a direct consequence, political discourse is accelerating, becoming more comprehensive while also displaying stronger polarization. 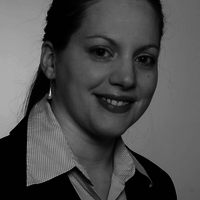