The future of international Geneva

The future of international Geneva

Jofre Rocabert
Copy the following URL to share this article:

The shores of Lake Geneva are home to 42 International Organizations (IOs). Only New York hosts a larger community of diplomatic representation. They are accompanied by a host of institutions, from civil society organizations to think tanks, which make the region the main European center for global governance – by almost any definition conceivable. But although the cantons of Geneva and Vaud offer a home to this group of institutions and the thousands of people that work for them, they are not shielded from the increasing pressures that affect all IOs. Amongst them, the widening gap between leaders and citizens on the perception of fairness of international problem-solving, and the need IOs have to justify their performance. The future of their mandates and their survival crucially depends on whether they are able to adapt to these pressures or at least manage to dodge the political dynamics that question multilateral cooperation at large.

During the last five years, new research agendas on IOs have produced a set of findings that are relevant to confront these impending challenges in international Geneva. Two messages stand out. Firstly, legitimacy is one of the most important resources for IOs. Researchers on the topic define legitimacy as the belief that their authority is exercised appropriately. Without the ‘reservoir of confidence’ that legitimacy provides, IOs are stalled by noncompliance, are unable to generate accepted norms within their substantive areas, and even struggle to finance themselves. IOs are tools of nation states, and the extent of their usefulness is also anchored to their legitimacy standing. Secondly, who holds these legitimacy beliefs matters.

To understand the effects of the erosion of legitimacy in an IO we need to look no further than the European Union (EU). Historians point out that crises helped shape the power gains of the EU. However, during the last decades these crises have questioned the democratic appropriateness of its authority, and hence undermined its legitimacy. As a result, the EU has been paralyzed and has not produced any significant institutional development in the last fourteen years. The European Union is an outlier on almost any IO metric, but the last two years have provided us with examples of how other organizations which had traditionally been safe from the uncertainty of mass politics have been at the center stage. The World Health Organization, Mercosur, and NATO have all undergone threatening upheavals arising from their own members.

When IOs that aspire to universal membership, such as those of the UN system, lose their legitimacy, for instance, because they are perceived as acting to forward the interests of a group of states, powerful governments might turn to create their own set of alternative organizations or to lead ad-hoc groups. While the need for international cooperation is not smaller now than at any time in the past, the share of cooperation that is channeled through formal organizations might be declining in favor of informal ad-hoc groups or bilateral arrangements. The extent to which this is diminishing the governance space of IOs is an open empirical question. A new project from the Norwegian Institute of International Affairs is spearheading the data collection to address it.

Who believes that IOs are legitimate also matters. In a recent article, Lisa Dellmuth and colleagues find that there is an important gap between the trust that elites and citizens have in IOs. While an organization might function only supported by the elites that create it, its performance and ability to generate lasting change is ultimately limited if the constituents of their member states do not share these legitimacy beliefs. Particularly because it is this differential that enables new leaders to use IOs as scapegoats or as instruments of political confrontation against both domestic and international opponents.

Most probably those in charge of IOs have always known that legitimacy matters. All organizations have engaged in what scholars call legitimation efforts, that is, deliberate attempts to increase their legitimacy standing. As an example, the IOs that have wide substantive mandates or that aim to foster solidarity links between their members created international parliaments (although they did not endow them with any powers). Those with a mostly democratic membership also created mechanisms in which civil society and other actors can have a say in their decision-making, and all except a few highly technical IOs have dedicated significant resources to public image campaigning and positive internet presence. However, it is not clear if elites, citizens, or even other IOs have been the target of these reforms. A lot of the reactions that IOs have put in place to legitimize themselves had no clear addressee or were shortsighted in their efforts.

Taken together, the findings of this new research should encourage the people at the forefront of international Geneva to be attentive to the legitimacy of their organizations. It would serve them to understand that the right to rule of their IOs must be justified, not only to the diplomats that sign off the bulk of their annual budgets but also to those that receive their policies, even if they cannot always choose the leaders who represent them. 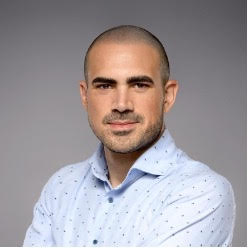