The Swiss Federal Council announced on 21 May 2021 that the country will not sign the institutional framework agreement with the EU, which both parties had been negotiating on for seven years. This blog proposes EEA membership as Switzerland’s best option for the future.

Switzerland is not a member state of the European Union (EU). It is however, to a certain degree, intertwined with the EU’s internal market and other flanking policies. This is due to the existence of more than 100 bilateral agreements with the EU. These include for example agreements on the free movement of persons, the technical barriers to trade, and the Schengen/Dublin agreements. Under the bilateral agreements, there is no common arbiter such as the Court of Justice of the EU (CJEU). Conflicts are resolved by consensus through mixed committees that are established under the relevant agreements. The main difference in EU-membership and the current arrangement is that Switzerland transfers less of its sovereignty to the EU. However, this means that Switzerland, unlike EU Member States, is a rule-taker (for the EU regulations that Switzerland adopts voluntarily), because it does not participate in the EU’s decision-making process.

The bilateral system can be seen as satisfactory for Switzerland. Overall, it affords the country several advantages over EU membership, while having low costs regarding economic interests and domestic institutions. However, some bilateral agreements require updating in order to adapt to changing EU regulations. Else, they slowly lose their value. There is thus a constant need to negotiate on updating. Such negotiations can be a long and difficult process. Therefore, Switzerland and the EU had agreed to create an overarching institutional framework agreement (the InstA) for five major bilateral agreements. Originally, the proposal came from Switzerland, but later on in the negotiations the EU’s desire for such an agreement became more apparent.

After seven long years of negotiations, Switzerland decided on 26 May 2021 not to sign the agreement. The European Commission had tied the conclusion of new bilateral agreements and updates of existing agreements to the conclusion of the InstA. Therefore, with the end of negotiations, the current bilateral agreements could erode one by one unless a solution is found. Both parties are likely to suffer from this. Furthermore, the bilateral system is really complex and cumbersome, and it was never designed as a permanent basis for the bilateral relationship. The system promises little to no prospect of endogenous evolution. Eventually, an alternative model needs to be adopted.

In my opinion, there are possibilities to amend the InstA into an agreement which Switzerland would be willing to sign. For example, a possible solution would be to amend the dispute settlement mechanism of the InstA and incorporate it into the institutions of the European Free Trade Association (EFTA) “docking” model; Switzerland joining the institutions of the EFTA pillar, without becoming part of the European Economic Area (EEA). The bilateral agreements would then be within the jurisdiction of the EFTA Court, which contains one judge nominated by each EFTA State, meaning that Switzerland would have the right to nominate one judge.

If amending the InstA is not an option, other models can be considered. For instance, a comprehensive trade agreement similar to the EU-UK Trade and Cooperation Agreement (TCA) model might seem appealing. This model entails no institutional involvement or judicial control from the EU. As such, it comes with full sovereignty for Switzerland. However, in my opinion, Switzerland would score an own goal by adopting this model because it would mean a full departure from the internal market. Besides, the situation of the UK and Switzerland are completely inverse. Whereas Brexit entailed the UK’s departure from the internal market, the purpose of the InstA was to maintain Switzerland’s existing access. The TCA model is thus not an upgrade, and it does not help Switzerland to achieve its goals.

Considering the above, in my opinion joining the EEA would be the most elegant solution to regulate the relationship. Although being part of this area would entail even more EU involvement than under the InstA overall, for some areas this is not the case. For instance, Switzerland would be subjected to the EFTA Court instead of the CJEU. Furthermore, in the EEA decision shaping process, the EU requires approval of the EFTA states. This grants Switzerland a stronger negotiating position than it would have when acting on its own. Taking into account that the membership of the EEA was rejected by a referendum in the past (by a very small majority), the Swiss Federal Government would need to proactively promote the idea of joining the EEA to the people. 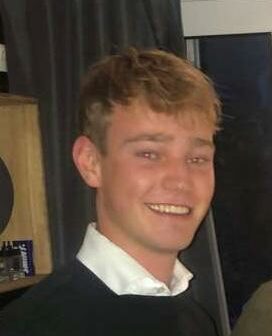