The Islamic Central Council of Switzerland (ICCS) recently drew attention as it was being investigated by the federal court for alleged terrorism propaganda. Supposedly, the ICCS receives donations from a Qatari organization What is the link between the government of Qatar, Islamist movements and the ICCS?

The tiny gulf country Qatar combines a set of distinct characteristics: its geographical position in the Arabian Peninsula, a political system run by an absolute monarchy and an extraordinary economic performance with the highest per capita income in the world.

These preconditions allowed the country to become an important shaper and influencer in the Middle East and particularly within the Gulf Cooperation Council (GCC), a political, economic and security union consisting of states from the Arabian Gulf, namely Bahrain, Kuwait, Qatar, Oman, Saudi Arabia and the United Arab Emirates. Within the GCC frictions are rising between its members as a result of the highly fragile situation in the Middle East.

Qatar has long been dominated by Saudi Arabia. After Sheikh Hamad bin Khalifa Al-Thani overthrew his father in 1995 he wanted to step out of Saudi Arabia’s shadow and started an independent foreign policy approach. Saudi Arabia and Egypt both favored the emir’s father who knuckled under their dominance and hence opposed the new foreign policy direction. In fact, Saudi Arabia has been accused of plotting a failed coup in 1996 against Al-Thani.

After the 9/11 terror attack the United States (US) decided to pull back its military base from Saudi Arabia. Qatar seized the opportunity and became the new host of the biggest US military base abroad.

Alliance building in a fragile region

Qatar craves for a high profile in the international political arena. In order to survive as a small but independent country, it established friendly relations not only with other countries such as the US, Europe, Israel and Iran but also with the Palestinian Hamas and the Lebanese Hezbollah movements as well as many other Islamist parties. By taking on high-profile roles in regional mediation and cooperation negotiations the country tries making itself a name as a neutral regional actor.

These days, Qatar is facilitating the peace agreement in Afghanistan. The two nations are in a momentum of strengthening their ties and the Emir has finally decided to re-inaugurate Qatar’s Embassy in Kabul in the near future.

Only recently, the governments of Pakistan and Qatar have called for strengthened military ties, planning to engage in defense joint-ventures. The two countries have a longstanding history of military relations, with Islamabad providing an experienced pool for training and capacity building to Doha on a regular base. The team might soon form a triangle with its potential new member Turkey since Pakistan has invited both countries to work together on new defense equipment.

The mixture between bandwagoning with stronger states from outside the regional system and balancing with interregional actors demands eloquent diplomatic efforts.

Qatar and the Muslim Brotherhood

In light of the Arab Spring Qatar took a rather one-sided stance and publicly supported Islamist groups such as the Brotherhood. This is in stark contrast to the other GCC countries that were in favor of the old military dictators. Gulf states generally prefer to constrain the power of Islamist movements because popular support for political reform might rise along with them. In light of that, the GCC set up a security deal in 2013 that urges its members to not back any entity that threatens the Council. Doha’s active support for the Muslim Brotherhood clearly violated these terms.

Historically, Qatar has been affiliated with the Brotherhood for a long time. Although the link seemed to prevail for administrative and practical reasons, former emir Sheikh Hamad bin Khalifa Al Thani had close personal ties to the Muslim Brotherhood.

To gain quick independence from Saudi Arabia, Qatar recruited massive amounts of teachers from the Muslim Brotherhood in Egypt. Unlike in other countries, the Brotherhood never fulfilled its core activities in Qatar such as running local hospitals or schools. As a wealthy state Qatar was always able to provide those facilities for its citizens. Consequently, the Muslim Brotherhood failed to gain popular support in Qatar. Doha made it clear that domestic Qatari politics are off limits. To secure a peaceful co-existence, Qatar has been directing the activities of the Brotherhood overseas. With Al Jazeera, the Doha-based news channel, the Brotherhood was given a media platform to propagate their ideas overseas.

Still, Qatar feared that the protests could swipe over to its own territory. As a reaction to that the government raised state employees’ salaries by 60 percent after Arab Spring protests spread across the region.

Al Jazeera is by far the biggest and most popular Arab news outlet. As the Arab Spring unfolded, Qatar played a major role in supporting Islamist Groups.

After the ousting of President Mubarak, the following joke became popular in Egypt:

„A conversation takes place in hell between the three Egyptian presidents, Nasser, Sadat and Mubarak, in which they ask each other how they were killed. Nasser’s answer is “by poison”, Sadat’s is “by assassination” and Mubarak’s is “by Al Jazeera.”

The term „geomedia“ describes Qatar’s strategy in using a transnational media platform to widen its geopolitical influence. For a small country such as Qatar this game plan compensates for other limited power resources. Only days after the first protests of the Arab Spring started in Tunisia, the channel replaced its usual program timeline with live ground coverage of the events. Pro-revolutionaries such as members of the Brotherhood were always given generous air-time to comment on the issues. Al Jazeera was also used as a tool to direct the energy and political aspiration from the Brotherhood outside of Qatar.

Qatar wants to stay independent from Saudi Arabia and become a regional middle power. Its relationship with Islamists can be seen as a foreign policy tool helping to achieve both goals. In other words, Qatar has adapted a flexible style of diplomacy and foreign policy, mediating or financially supporting other actors whenever and wherever possible in an attempt to make itself valuable to all sides. Al Jazeera and the strategic use of geomedia helps channeling the aspirations of the Brotherhood outside of Qatar. Consequently, the government supports various organizations around the world with links to Islamist groups in order to calm down domestic Islamist energies. As such, the ICCS seems a good objective, promoting Islamist thought in Europe but not endangering the stability within the gulf region. 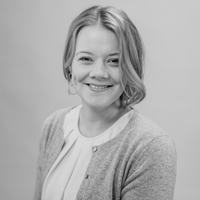