Asia has a male surplus unprecedented in human history: men outnumber women by 70 million in India and China. The consequences of this imbalance are far-reaching and include gender dynamics, labour markets, everyday interactions between men and women – and, notably, security and crime.

See Maria Wieser’s insightful sister article on the many effects of this imbalance on gender dynamics and society.

Through a combination of a general son preference, the availability of sex-selective abortions, and government programmes (notably China’s one-child policy), for every 100 women and girls among under-25s today, there are 113 to 117 men and boys in China and India. Given this large imbalance and assuming predominant heterosexuality, more than one in ten men will thus not be able to find a wife. This has led to loneliness of epidemic proportions and distorts labour and property markets, consumption, and implies ramifications across the region and the globe.

One can easily assume the implications of this phenomenon on the security of the state and of individuals, on crime, and even on armed conflict. Millions of unsatisfied and sexually frustrated men competing for fewer brides may be more prone to violence and risk-taking of any kind. Yet, clear scientific evidence to prove a causal link between the two is hard to establish. Several studies, however, point to a certain connection.

First, given men as opposed to women are already more likely to commit crimes but, on top of that, evidence clearly suggests unmarried men are more likely to commit a variety of crimes than married men. Unmarried men are more prone to risk-taking and aggressive behaviour, sexual misconduct and substance abuse. As male bachelors tend to mingle with other bachelors, such behaviour is reinforced through group dynamics. Especially men of low status – who tend to be the less fortunate ones when facing a wedding market with women in short supply – are associated with heightened levels of violence at individual and group level.

Such behaviour and the scarcity of women result in increased levels of harassment, kidnapping (numbering tens of thousands of cases in China each year), human trafficking (both domestically and of women from neighbouring countries lured to China), rape (see India’s high levels of sexual crime), and prostitution. Most of these incidents occur in urban areas, as many unfortunate bachelors tend to migrate to cities. In China, these migrant communities are responsible for a majority of crime and drug abuse in major cities. In India, regional data point to a robust correlation between sex ratio and murder.

Second, at the political and state level, historical cases illustrate the impact of a male surplus on security, yet evidence remains anecdotal. At several instances in Chinese and Indian history (see the 19th century Nien and Rajput rebellions respectively), among other factors, dissatisfaction about a regional gender imbalance of up to 130 men per 100 women prompted men to turn to military service, but also to banditry and rebellion against the state and their better-off peers.

It is perceivable that dissatisfied young males may be more prone to political militancy and nationalism, which could facilitate armed conflict. Nationalism is certainly on the rise both in China, for example through violent protests against other countries’ foreign policy, and in India, manifesting itself in ethnically or religiously motivated violence and the rise of the Hindu nationalist BJP party.

To sum up, a surplus of dissatisfied and sexually frustrated bachelors can be linked to increased crime, of which some like human trafficking and rape particularly target women. While there is no clear causality between a male surplus and large-scale armed violence, notably armed conflict and wars, a gender imbalance is likely one of many potential contributing factors to such threats to peace.

In fact, the governments in China and India have, for various reasons, introduced legislation to normalise the gender ratios of new-borns. The problems may be further exacerbated since many generations with a high male surplus in India and China have yet to reach adulthood though. As such, demographers, conflict analysts, and political decision-makers alike should observe with close scrutiny the phenomenon and the potential threats it poses to stability of these countries and of the wider region, and above all the threat to human security and wellbeing of women.

This blog post, and its sister blog post, are results of the event ‘Too Many Men – The Consequences of Asia’s Male Surplus’ with Dr Clémence Jullien as keynote speaker, hosted by foraus’ Gender Programme and foraus’ Peace & Security Programme in Geneva in October 2018. 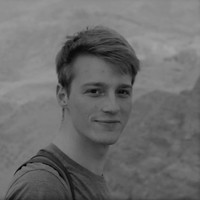