Felicitas Fischer
Copy the following URL to share this article:

A wind of change seems to be blowing in the Swiss commodity trading industry. The formerly opaque business that has become larger than tourism in Switzerland is starting to talk about transparency. We visited Andrew Gowers, head of corporate affairs and responsible for transparency and disclosure at Trafigura to find out why his company is so eager to increase transparency in the sector and if the multilateral corporation will soon change its headquarters to Singapore.

Mr. Gowers, you are the global head of corporate affairs at Trafigura – what are the main topics that you encounter in your work and what goals do you want to achieve in the upcoming years?

Trafigura is one of the world’s leading commodity trading firms, engaging in buying, selling and shipping commodities all over the world. For such a firm, the management of its reputation and its interaction with the outside world is important, especially when it comes to its environmental impacts or social concerns. We conducted a survey among relevant stakeholders to identify the major concerns when it comes to commodity trading. The result was clear: transparency and human rights. The goal is now to advance a strategy to engage with these issues.

Trafigura decided to address the issue of transparency by declaring its support for the Extractive Industries Transparency Initiative (EITI). It is the first commodity trading firm to venture this step – what has led you to this decision?

We decided to become an EITI supporting company in recognition that transparency in respect of payments has become a key issue for the commodities trading industry, just as it has been for extractive industries for some years. We felt there was intrinsic merit in engaging with the established forum for discussion on payments to governments of resource-producing countries, but there was also a broader reputational point. We believe that one of the important things that big companies need to pay attention to, whether public or privately-owned, is their reputation. Increasingly, that will be a point of commercial differentiation between companies in our sector, so it’s a competitive issue for us.

With the joining of the EITI, Trafigura committed itself to disclose its payments to governments in EITI compliant and implementing countries. We expect the first report for 2016, what will it look like?It is important to conceptualize transparency as a process, rather than a cut and dried formula. Transparency does not just mean publishing a few figures at the end of the year – its’ more about being prepared to engage with civil society and with governments to generate more information. EITI, as a multi-stakeholder process, is an ideal vehicle to engage with on the issue.  Payments of trading companies will be one of the issues on the agenda at the EITI board meeting in October in Bern. For us the first step will be to get in touch with the relevant stakeholders and to discuss, hopefully in form of a working group with other companies and interested parties, what form this disclosure should take and what a report should look like. I would add, however, that there is only limited point to one company making disclosures, since the objective of EITI is to generate a broad base of information about government revenues that could be useful for citizens of resource-producing countries.

What would you respond to the allegation that declaring transparency as a process actually leads to a standstill?

I would say that it is absolutely not correct. The EITI has made considerable progress in generating more information about payments to governments by extractive companies in the last 10 years – precisely because it has operated as an inclusive and well-structured process with authoritative backing from the world’s leading governments and financial institutions. My point in talking about a process is that the issue of transparency is complex and involves a multiplicity of stakeholders – such issues by definition have to be dealt with incrementally and via a process of consultation.

Why is Trafigura the only trading company engaging in this process? What about other companies?

We had discussions with the rest of the industry, including the Swiss Trading and Shipping Association (STSA), the main association of Swiss commodity trading houses, two years ago but they basically led nowhere. Why this is – you would have to ask them.

The Swiss Government follows a regulatory approach quite different from what NGOs and other stakeholders propose. Instead of a sector specific commodity trading regulation, so far the laws that touch commodity trading are often aimed at the finance sector (e.g. Geldwäscherei, GAFI or derivatives, FinfraG). Which of the two strategies do you deem more effective?

It is important to understand that in general Switzerland is not a regulation maker but a regulation taker. The regulations are made in Washington and the capitals of the European Union. Switzerland designs its own laws to reflect those regulations. I think therefore the Swiss Government has wisely adopted the course of identifying the critical issues and inviting the industry to come up with answers. Pushing for an industry-specific regulator, along the lines of the RohMA proposal by the Berne Declaration, is simply infeasible and legally impossible to design. Such an authority would take the role of a global regulator, which is simply impossible to establish, especially for a relatively small country. In the end this is really a distraction: people in government and elsewhere understand that is it never going to happen.

What factors make Switzerland an attractive home country for your company?

Geneva is Trafigura’s European regional hub. It was chosen because of its stable economic and business environment, because of the support services available to commodity traders locally and because of the quality of life on offer. An additional factor, which has become increasingly evident in the recent years, is the helpful attitude of the Swiss Government, which has repeatedly expressed its desire to maintain a favourable climate for the industry.

Do you see any of these factors at risk by recent developments in Swiss politics?

Currently our principal concern is the implementation of the Initiative against mass immigration, because depending on how and if that initiative is translated into law it could pose constraints on our ability to run a multicultural workforce in Geneva.

Would such a political decisions – be it in the migration sector or in others – be enough reason for you to consider relocating? In other words, will you soon be in Singapore or London?

No, relocation from Switzerland is absolutely not on our agenda. Anyway, with respect to the immigration initiative the last word has not been spoken, and generally we consider Switzerland a great place to do business due to its open environment, confidence in the rule of law and the stability of the tax system – speaking about the low volatility, not the actual level of the taxes. Additionally, to do global business you need to run a European hub due to time zone issues, so Singapore is no alternative to Geneva.

Corporate tax rates are expected to rise though. Especially Geneva will see an increase if the Unternehmenssteuerreform III is implemented – does this not bother you at all?

Frankly, compared to 50 percent top income tax rate in Great Britain a few years ago, any increase in the corporate tax rate in Geneva will be marginal. Corporate taxes are of course also important, but you have to be aware of the global structure of firms like Trafigura. Our global trading book is run as one entity and is registered in Singapore, while we pay taxes in the countries we are operating according to the activities we undertake in those countries.

You often mentioned the positive competitive differentiation due to transparency, do you see negative aspects as well?

I have to say that we are early in the journey, but so far not. Of course we are exposing ourselves to more difficult conversations – one could see this as negative, but then I would say it is part of the process.

We spoke a lot about transparency now, how do you see your leverage internally when it comes to reputational issues?

If you ask one of Trafigura’s leading banks or even new banks “What do you think of Trafigura?”, they answer that we are one of the more openly communicative companies in the sector and they almost always spontaneously mention the decision to join the EITI as a benefit. We depend on bank finances to do business every day, they are under regulatory scrutiny – so the fact that we are listening to them and actively seeking their approval for what we have done is only good for business.

Lastly, returning to politics, how do you see your role in engaging in the Swiss political arena as a multinational company?

It is important to us to have a dialogue with the actors in the Swiss political arena, especially with the government but also with MPs and civil society. It’s not the principal focus of our senior management of course – they live on planes and talk to customers, but it’s my job to make sure that the company does what is necessary to make itself seen as a positive force in the country, which we are, as we generate jobs, fiscal revenues, we play our part as responsible citizens and listen to the concerns of Swiss civil society. It is also to this effect that we decided to join EITI, and I think we have been heard, meaning there is a much more constructive dialogue with our customers and even with more critical groups. 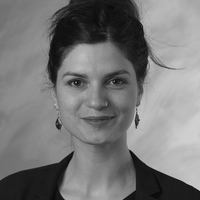