Valentin Rubin
Copy the following URL to share this article:

Poland’s support for war-torn Ukraine is impressive. Despite a difficult shared history, the countries have developed close ties over time. Since the end of the Cold War, Poland has been an adamant advocate for closer relations between Europe and its Eastern neighbours. During a long time, the “Eastern partnership” was not taken seriously. The current conflict between Russia and Ukraine shows us this was a mistake.

Since the beginning of Russia’s war in Ukraine, neighbouring Poland has received more than 3 million Ukrainian refugees, more than all other neighbours of Ukraine combined. Poland sees itself at the frontline of what has become Europe’s biggest refugee crisis since World War Two. In early March, more than 120’000 refugees crossed the border to Poland daily. Now, the influx has decreased, but still more than 20’000 Ukrainians seek refuge in Poland every day. Poland’s solidarity with its war-torn neighbour has impressed countries around the world. But helping their Ukrainian “brothers and sisters”, as Warsaw’s mayor Rafał Trzaskowski called it, is simply a natural duty for most Poles. The reasons for that lie in Poland’s own historic experience and its cultural proximity to Ukraine.

Having experienced a devastating invasion by both Nazi-Germany and Soviet-Russia at the onset of World War Two, followed by significant destruction across the country, the Poles know what it means to suffer from war, to be invaded and attacked by a totalitarian state – just like Ukraine is experiencing it right now. The relationship between Poland and Ukraine has always been close, but difficult. Not least because of several partitions and shifts of Poland’s borders across the centuries, Poles were always scattered across empires and states: Prussia, Austria-Hungary, Germany as well as Russia .

However, after World War One, when Poland – having been absent from the European map for 123 years – regained its independence, it intended to acquire areas in the east where the Ukrainians wanted to establish their own state, mainly in the former Habsburgian territory of East Galicia (in today’s Western Ukraine, around L’viv and Ivano-Frankivsk). The Poles eventually won the Polish-Ukrainian War in 1919, and the Ukrainians had to experience at times fierce repression in the years that followed. On the other hand, during World War II, Ukrainian insurgents under the leadership of Stepan Bandera fought brutally against Polish minorities in the very same region, Volhynia and Eastern Galicia, killing tens of thousands of Poles. These two episodes show that for much of the 20th century, Poles and Ukrainians had few reasons to call each other “brothers and sisters”. Surprisingly though, the two countries managed to overcome ethno-nationalist quarrels and territorial revisionism after the collapse of the Soviet Union. The liberation from the Socialist yoke in 1989 outweighed past divisions. Far from being enemies, Poland and Ukraine have been growing closer ever since.

In April, Poland’s President Andrzej Duda declared at the site of the former Nazi Concentration Camp in Auschwitz: “We are here to show that every nation has a sacred right to life, and has a sacred right to cultivate its traditions, has a sacred right to develop.” Sacred rights that Poland was deprived of several times in history. Sacred rights that were regained after World War Two and again after the end of the Soviet occupation in 1989. Sacred rights that the sovereign country of Ukraine has today been tragically robbed of. A democratic and pro-European Ukraine has been a defining element of Poland’s Foreign Policy and even its “raison d’état”, according to the former Polish Foreign Minister Grzegorz Schetyna in 2015. As early as 2008, Poland proposed – together with Sweden – the Eastern Partnership (EaP) initiative within the EU, which aimed to strengthen the Union’s relationship with its eastern neighbours Armenia, Azerbaijan, Belarus, Georgia, Moldova and most prominently Ukraine.

Poland’s awareness of these countries’ past, their Communist burden as well as the still apparent Russian threat in the region have long been derided by (Western) European States. Before 2008, Poland was seen as over-ambitious concerning its policy towards the East, believed to be driven partly by “historical neurosis” and subjective “Russophobia”. Germany initially even opposed the idea of the EaP because it did not include Russia as a partner. The Poles themselves, far from being neurotically Russo phobic, had long before recognized a critical lack of awareness of the problem in Western Europe. Only Russia’s war in Georgia in 2008 served as a wake-up call and as a booster for the EaP. And Russia’s war in the Donbass since 2014 as well as its current invasion of Ukraine ultimately confirmed the lingering concerns of a Russian threat in Central and Eastern Europe.

More generally, these events show the still existing division and hierarchies between East and West within the EU. One can only hope that the events in Ukraine will not only lead to the country’s accession to the EU, but also to a thorough reassessment of the internal hierarchies of the EU. Although the nine EU-members in the East – Poland, Hungary, Czechia, Slovakia, Romania, Bulgaria, Estonia, Latvia, and Lithuania – might be relatively new to the EU and therefore supposedly inexperienced, their historical experiences and their perspective – even if they are partly driven by mere self-interest – are certainly as valid and as relevant as those of the founding members of the Union. 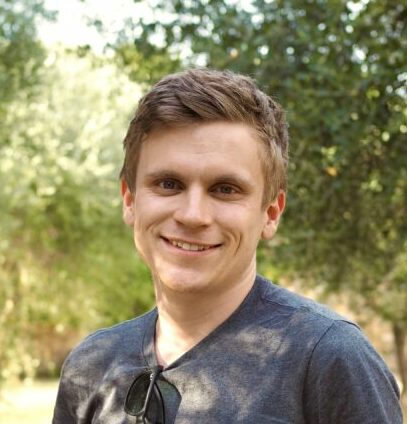