Renato Perlini
Copy the following URL to share this article:

The political influence activities of the Chinese Party-State are currently a controversial subject in Switzerland and beyond. It became increasingly clear that traditional concepts of international relations do not really fit China’s diplomatic strategies. This blog outlines the concept of sharp power which aims at improving our understanding of China’s foreign policy, notably through the role of private companies like Huawei.

The Chinese Communist Party (CCP) is eager to present China as a prosperous and peaceful country built on a rich history and culture. This charm offensive includes, for instance, hosting the Olympic games, investing in cultural exchanges, and offering generous scholarships for foreign students. In essence, the aim is to project a positive image of the country and its leadership. As all these efforts being non-coercive, it has been argued to be a form of soft power. In that perspective, the CCP would strive to win the “hearts and minds” around the world. Until here, the Chinese efforts do not differ from other countries’ public diplomacy endeavours.

However, a closer look into the Chinese strategies makes clear that it is about others “thinking right” rather than “thinking well”. Indeed, while China has traditional hard power resources at its disposal —and does not hesitate to use them in its neighborhood— the influence attempts on the international stage are characterized by discourse manipulation and management. Either way, the CCP’s soft power is not working – at least not in ‘the West’. Against this backdrop, it has been argued that the Chinese strategy is not about “winning hearts and minds”, but rather about being perceived as a great power that shapes opinions on the international stage. The National Endowment for Democracy calls this strategy “sharp power”. In contrast to soft power, which emphasizes voluntariness and attraction, authoritarian influence activities are sharp in the sense that they seek to manipulate target audiences and manage information. Thus, the CCP exports its authoritarian system into the international discourse and aims, eventually, to portray the own system as an alternative to democratic systems. By the continuous sharp power efforts by the CCP, the systemic value differences between ‘the West’ and China are moved to the background while trade and business relations are depoliticized and depicted as ‘mutually beneficial’. In fact, sharp power contains a security dimension. The recently published Swiss Security Policy Report does not speak of sharp power, but it outlines disinformation and influence activities as serious risks.

In this regard, China is an active and accepted member of several international organizations, where its representatives often try – sometimes offensively, sometimes subtly – to undermine global norms built on liberal values. Known examples are found in the fields of human rights or global internet governance.

One of the characteristics of sharp power is its exertion through a frayed network of state agencies, groups, companies, or individuals. An example from Huawei underlines how companies assist the CCP in managing the international discourse.

Human rights are a standard disclaimer in corporate social responsibility (CSR) reports. Hence, I had a look at Huawei – arguably one of the most controversial Chinese companies – and its European competitor Ericsson. Huawei did not refer to the term “human rights” in its  2015 report. Ericsson in contrast, referred 130 times to “human rights”, although their report is some 40 pages shorter. Similar things in Huawei’s 2019 report: the company indeed referred to human rights. However, the term “fundamental rights”, as used in the 1948 UN Declaration of Human Rights,  is replaced with “basic rights”.

While rather subtle in the abovementioned example, Huawei’s careful choice of words helps to undermine the universal meaning of human rights. Nevertheless, it needs to be pointed out that the CCP’s agenda and international disclosures are not always compatible. Thus, Huawei’s ambiguity of human rights might be a strategy to align its business strategy with both – the CCP’s agenda and international standards.

Overall, in order to better understand those challenges and how to counter them, Switzerland and other countries have to build up more expertise on China’s politico-economic system and its sharp power. The recently published China Strategy is a first, but little, step towards this goal. On the one hand, the strategy emphasizes the importance of expertise. On the other hand, the Swiss strategy is conceived as “independent” from alliances such as the EU, which seems illusory in the long run. The notion of western solidarity has already been challenged as the US and the EU imposed sanctions against China because of the human rights situation in Xinjiang. Switzerland is now pressured to go along. Examples from Norway or Australia show that bilateral opposition towards the CCP is hopeless. Thus, to effectively defend fundamental rights and to reinvigorate the liberal system, regional and multilateral alliances are needed. Although this seems politically naïve at this point in time, there should not be a “Swiss” or a “Dutch” China strategy, but a “European” one.

Considering the events in Xinjiang, or Hong Kong, criticisms of the Chinese Party-State are more important than ever. Yet, those critics must be carefully framed to avoid falling into Sinophobic discourses. A critical standpoint towards the Party-State does not equate with critics towards Chinese people in general. 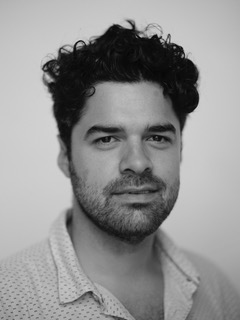