Donald J. Trump has the most beautiful campaign promises you’ve ever seen. They’re the best. You’ll love them. And indeed – remarkably many of his campaign promises were implemented: a travel ban, a heavily conservative nomination to the Supreme Court, a halt on hiring in federal agencies, and a reversal of climate policy. But in trade policy, Trump’s administration is much more ambiguous.

The Trump administration suffers from a great rift between Trump’s allegiances to alt-right nationalists and deregulation-seeking entrepreneurs. During his campaign, Donald Trump combined the thrust of these two particular groups: On the one hand, he committed to an economic nationalist rhetoric of «America First», which resonates far beyond the centre-right spectrum – all the way to the alt-right movement, now prominently represented by White House Chief Strategist Steve Bannon. On the other hand, Trump promised to dismantle the regulatory state. Trump is a businessman with illustrious friends, who like him built their success by trading globally mobile capital, services and labour forces (including, campaign merchandise made in China).

Trump’s trade policy sits uneasily between two contradictory goals and groups: a nationalist-protectionist economic agenda, and (his very own) globalist business that requires further deregulation. While economic nationalists vilify free trade, global businesses need it. To add to the mix, underneath this top-level clash, the administration is still heavily understaffed, including the US Trade Representative. This situation makes it cumbersome to navigate the complex landscape of trade. Trump’s trade policy has therefore been above all slow and ineffective.

In his «100-day action plan to Make America Great Again», Trump promised to «direct the Secretary of the Treasury to label China a currency manipulator». Yet on 12 April 2017, Trump flipped his stance: «They’re not currency manipulators.» Whether or not China undervalues the Renminbi to beat competitors in the US market is off the Trump’s agenda. A major campaign promise is thus broken.

Trump regularly criticises the US’s negative trade balance with China (the fact that Chinese imports to the US significantly exceed the volume of American exports to China). But as any student of economics would know, negative trade balances are not necessarily bad for the US. They deliver affordable goods and provide direly needed capital for reinvestment in the US. Abandoning the trade deficit thus not only makes limited economic sense. As the case of steelproduced in China showed in April 2017, it also brings the US under fire from the IMF and WTO.

Trump’s approach to China has been clumsy and unsteady. The administration also struggles to link trade to other diplomatic issues: During President Xi’s visit in the US, Trump tweeted that «a trade deal with the U.S. will be far better for them if they solve the North Korean problem!». Granting a free trade deal to China would run entirely counter to an «America First» trade policy. President Trump is slowly waking up to the reality that China is a major player not easily reckoned with. His trade policy towards China will likely remain timid and symbolical.

«NAFTA is the worst trade deal maybe ever signed anywhere, but certainly ever signed in this country», Trump said during his campaign. In the meantime, Trumps announcement of renegotiating the North Atlantic Free Trade Agreement (NAFTA) with Canada and Mexico was watered down. The threat of pulling out was removed altogether. Instead, Trump commissioned a «90-day study of abusive trade practices that contribute to the United States’ trade deficit». Not quite the resolve on trade that candidate Trump promised.

Yet it seems that for Trump, not all trade deals are bad. When meeting Angela Merkel a few weeks ago, after realising EU member states cannot conclude individual free trade agreements, Trump prioritised exploring an EU-US trade deal over a UK-US deal. A continuation of the TTIP negotiations is unlikely, but President Trump does not rule out future trade deals. In doing so, he risks losing support from his economic nationalist voters.

It’s all but forgotten after 100 days of Trump trade policy: Running a country is nothing like running a business. Beyond the first 100 days, Trump’s trade policy will remain a zig-zag between shocking rhetoric and heavily diluted, clumsy policy implementation. The common denominator of economic nationalism and deregulatory enthusiasm is small. While this alliance just about works in the mid-term, it will make both Trump’s constituents and the US’s partners weary. Recently, American diplomats blocked a G20 statement committing members to free trade. Gareth Evans, a former minister from Australia, soon after argued that Australia should recognise China as a «global rule-maker». Many others might follow suit and weaken their cooperation with the US.

Across the globe, the rift of the Trump administration on trade will quickly be exploited by other global powers. Policy-makers will have to learn to take Trump’s boisterous signals with a pinch of doubt. And inevitably, they will also start doubting American leadership in trade policy. 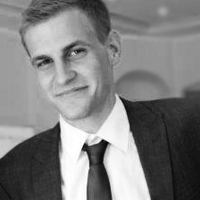