Kosovo Celebrates A Decade Of Sovereignty: Check. Normal Life: Yet To Come. Part 1.

Kosovo Celebrates A Decade Of Sovereignty: Check. Normal Life: Yet To Come. Part 1.

Aleksandra Hiltmann
Copy the following URL to share this article:

10 years of independence naturally seems to be a reason to celebrate for Kosovo. However, after all these years of huge international intervention and state building efforts, many people are still waiting to live normal lives.

I asked some of Kosovo’s citizens about life in Europe’s youngest country – on the political normalization dialogues, on progress reports of international organizations or the EU and on the momentous celebration of the country’s anniversary.

Meet taxi driver Afrim and Driton Berisha, a project manager of an NGO working in the field of education.

Afrim is 50 years old, born and living in the capital of Prishtina. Before the war, he studied and got a degree in political sciences. After the war he used to work as a translator for an NGO, today he is taxi driver.

«We are all Europe. Everyone and we too should be free to choose, where we want to spend our lives. Everybody has dreams here. But the government is killing our future. Many people want to leave.

My biggest disappointment of the past ten years is the following: After the war, we thought that everything would get better, employment, justice. But today, we have neither of them. I work seven days a week and have to feed eight people. With ten Euros a day this is impossible. The economic but also the political situation is bad. The international community doesn’t care if our politicians steal.

I would leave immediately if I could – and not only because of the money. I would like to spend my years as a so-called good life, just normally. I would like to live in peace with my family. Here, that’s not possible. We are like in a prison. Everybody had a dream for Kosovo, for the future. But for me, this dream is gone.»

Driton Berisha is 31 years old and works for the NGO «Kosova Education Centre». He focusses on supporting children of the Roma, Ashkali and Egyptian (RAE) communities in their education. He lives in the village of Plemetina and is himself a member of the Roma community.

«And for me, the independence of Kosovo clarified the path which Kosovo should have been or should be taking. But I don’t necessarily believe that Kosovo did or does take it. As a regular citizen of Kosovo, I feel disappointed to live in a place where I wouldn’t want others to end up and where barely no politicians show great interest in sacrificing their time for people’s wellbeing. Instead, we see politicians fighting very often, but not in the name of the people but against each other, for personal reasons, forgetting, that our lives depend on them. People are tired of the conflicts between political parties and worried about the lack of development of Kosovo.

I also feel tensions between the communities that were at war before, between the Albanian and Serbian population in Kosovo. But I think given the circumstances this is quite normal. Serbia still tells Serbs in Kosovo that they lived in Serbia, could expect support from their motherland and should stay where they are. Meanwhile, Kosovo-Albanians can’t stand such statements from Serbia and find it easy to blame Kosovo-Serb people for the tensions. I am glad that there aren’t as many conflicts as there could be, actually. And we also have to recognize the truth that there are many interests between Albanian and Serb people in Kosovo, economically and also politically. However, when it comes to the Roma, Ashkali and Egyptian communities, there is lack of interest in them, unless the international community pressures the government to work on issues concerning these communities. We don’t see a single day of true dedication. Why? Because indeed, politically and economically, the RAE communities don’t have much to offer. How can members of a community of which 95% is unemployed discuss politics, while they don’t know how they will survive the next six months or even weeks?

The Roma, Ashkali and Egyptian communities do have political representatives, also in the parliament. But I have the feeling, they are there to report and to discuss, while actually being powerless. Not because of a lack of leading or representation skills, rather due to a lack of interest from the other side.

So, all in all, it seems that we can’t rely on nowadays leaders in Kosovo. Thus, I wish to believe that finally, caring individuals will win the trust of people and will lead by being led by their people. The current mayor of Prishtina for me is a good example. His active response to people has proved to be respected. He has shown great humanity and great interest towards citizens and their needs, also towards the most valuable things in people’s lives: children, health and education. If there is one politician in Kosovo I feel I could rely on, then for me, most probably, it would be him. And it is these people that can inspire others and bring hope. What people of Kosovo need are politicians with kind hearts who in practice show their great love for people in Kosovo, not just courage in the ability to take over roles connected with great responsibilities. We need leaders who are honest in their actions, dedicated, and take responsibility for their citizens to have happy lives. I am afraid, that we are in a time, where showing such attributes is considered to be weaknesses. However, I do believe that people strive to believe that they are loved by their leaders.

Where I am, I try to contribute to a positive change. My motivation are the results I see in my target group, a very sensitive target group: children. I do my best to contribute to their development. I ask myself frequently: Are we bringing change? And for me it is a happy day when I can say: Yes, we are! I feel proud when we manage to achieve things that otherwise without our project wouldn’t have been achieved. I hope that more and more people will understand that some groups need more than equal help and that such help is not always fair. I want them to understand, that some groups need an equitable approach where all people share their goods in order for them to get on the same level and page».

In the second post you will meet Mev from the divided North of Kosovo and archeology student Ismail.

Aleksandra Hiltmann is 30 years old, lives in Zurich, studied Political and Media Sciences at the University of Zurich, travels the Balkans since more than 5 years and lived in Prishtina for half a year in 2016 (internship for the Embassy of Switzerland). After an internship at Radio SRF 4 News she is currently interning for the annabelle reportage section. 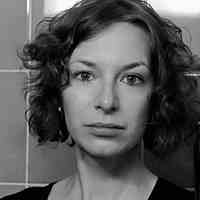