Uzo Madu
Copy the following URL to share this article:

Too much African money ends up in tax havens. If that’s going to change, Africans need to be more involved in shaping the rules governing financial flows.

Panama Papers – the biggest data leak in history uncovered 11.5 million financial and legal records dating back over 40 years, detailing how offshore companies have been secretly used to siphon money outside the gaze of tax officials and into tax havens. Extractives industry businesses in 44 out of Africa’s 54 countries were using offshore financial structures detailed in the Panama Papers, including 37 companies linked to court actions or official investigations. One of many examples of Illicit Financial Flows (IFFs) – money illegally earned, transferred or used, as well as an array of legal tax avoidance practices which results in $50 billion leaving the African continent every year. IFFs in Africa are the highest in the world. This loss of much-needed tax revenue is distinctly problematic when you consider there is an annual deficit of almost $50 billion to serve the entire continent’s current infrastructure needs. One year on, have we come closer to fixing the loopholes responsible for the huge sums of money leaving the continent at the expense of development?

The ability to move assets across borders is at the very heart of IFFs, although the source of the controversial financials gains is Africa funds end up somewhere in the rest of the world. For example, a multinational corporation operating in South Africa avoided $2 billion in taxes by claiming that a large part of its business was conducted in the United Kingdom and Switzerland and moving the legal site of their business to these jurisdictions – both had lower tax rates for their business at the time. However, the UK and Swiss branches were being used to route transactions through, to give the impression that these offices were handling the substance of the company’s activities but this was being done in South Africa. It necessarily follows that countries that are destinations for these outflows also have a role in preventing them and that only a global framework will be an adequate fix.

The global approach of choice is the OECD’s Global Forum on Transparency and Exchange of Information for Tax Purposes. It boasts 140 members including 20 African countries and following the Panama Papers revelations, it has beefed up its standards for exchanging tax information. It now requires jurisdictions involved to maintain and exchange beneficial ownership information and ensure they are able to obtain and provide information from any person, including financial institutions and fiduciaries. Although, an exceptional feat, non-OECD countries were only consulted during the drawing up of these rules, which is a concern when we consider IFFs are a significantly bigger problem for African countries, whose reliance on corporate tax revenue is significantly higher than other forms of tax revenue, in comparison to global averages. Having a marginal role in creating the very rules they need to apply is a distinct disadvantage. African countries become rule takers instead of rule makers.

Furthermore, for any rule to be truly workable, it must have teeth, that is to say in this context it must aim squarely at the repatriation of this illicitly exported capital. According to the UN High-Level Panel on IFFs, this extends so far as to ensure that financial institutions that receive this capital do not benefit by being allowed to continue to house it during periods when it might be frozen. Nigerian President Muhammadu Buhari also demands greater international cooperation in returning hundreds of millions of dollars in Nigerian funds hidden abroad. Switzerland recently agreed to return $321 million hidden by ex-military ruler Sani Abacha, who led Nigeria between 1993 and his death in 1998. And Ex-African Union head, Nkosazana Dlamini-Zuma also calls for international action on the repatriation of illicit funds. As yet, there is no global practice in how this is best done, the most comprehensive framework is the Stolen Asset Recovery Initiative of the United Nations and the World Bank which supports international efforts to end safe havens for corrupt funds but does not create a coherent body of law on this issue, of the roughly $5 billion that have been returned globally in the last 20 years, the methods adopted for each and every return differ.

EU anti-tax avoidance rules aim to cover international jurisdictions with their rules, for example in preventing multinationals taking advantage of mismatches between EU and third countries’ tax rules to reduce their tax bill. Also, measures requiring multinational companies operating within the EU to make public reports about their profits earned and taxes paid on a country-by-country basis is the subject of fierce debate because the decision to report on EU activities only or all their international activity is on the table. The latter would be a definite win for Africa, as Chair of the UN High-Level Panel on IFFs, Thabo Mbeki calls for the global approach because ‘aggregated accounts have been used to hide the profits and not pay taxes’. However, EU measures are only ever going to ensure that the tax, which is usually avoided, is collected within the EU’s internal market as this is the extent of its remit and so both OECD and EU measures fall rather short of a strong comprehensive global framework.

Couple this with the structural issues facing many countries across the continent and the picture becomes even more complex. From the difficulty of taxing the informal economy, which contributes to 55 % of Sub-Saharan Africa’s GDP, to the limited capacity of fiscal administrations. And the proliferation of tax incentives aimed at attracting foreign investment but can have harmful effects, if abused and turning the continent into a tax-haven for multinational investors. The African Development Bank (AfDB) estimates that Uganda losses from tax incentives and exemptions are «at least 2%» of GDP (US$272 million in 2009/10).

A long road ahead…

The international community is still a long way off delivering a sturdy global framework which is truly shaped by its constituents, including Africa and ensures a comprehensive and easy-to-access asset recovery procedure. IFFs need to stay on the continent, where they can be appropriately taxed to provide additional tax revenue to fund government budgets, which are often in deficit. To do so would be to move towards increased volumes of domestic rather than foreign capital required for meaningful and sustained African development – not just for Africans but by Africans.

«Africa’s destiny cannot be decided outside its own borders, self-sustaining growth is needed but is an internal issue… too much of our development has already been centred on thinking beyond or borders» – Nana Akufo-Addo, Ghanian President.

This article was first published online on the website of International Politics & Society , 10.05.2017 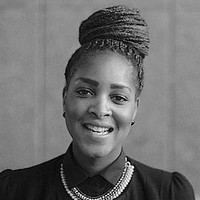