What to expect in the upcoming Climate Action Summit? A Closer Look at the Small Island States

What to expect in the upcoming Climate Action Summit? A Closer Look at the Small Island States

The climate summit at the United Nations brings together an array of actors, including governments and intergovernmental organisations, to agree upon concrete plans for climate action. The decisions reached at the summit are particularly important for Small Island States, which are one of the most vulnerable countries of the world to climate change. Building on the first post of this blog series, how “climatisation” relates to Small Island States will be discussed.

Among the countries that are at the forefront of driving the discourse on climate action are the island countries of the Pacific and the Caribbean. Climate change has been recognized as the “single greatest threat” to these regions on account of their geographies as well as their limited capacity to respond to its adverse impacts, such as sea level rise, intensified and more frequent cyclones, and changes in the rainfall patterns.

One tactic the Small Island States (SIS) have adopted has been the formation of blocs to counter big emitters in the international negotiations. Corresponding to approximately 1 percent of the world’s population, they have been working hard and strong for their recognition as ‘small islands, big players’ in global climate advocacy. The Alliance of Small Island States (AOSIS), for instance, formed in 1990, has been the principal driver of moves such as framing climate change as an existential threat and requesting a special scientific report on global warming of 1.5 °C. The Climate Vulnerable Forum is another example, which has recently been pushing for climate-proof growth in the economies of its most vulnerable 20 member states.

Thus far, the negotiating blocs have been resolutely demanding for emissions cuts, and loss and damage from the major emitting countries. Emissions cuts fall within the ambit of climate change mitigation and aims to limit the magnitude and rate of long-term global warming and its related adverse impacts. Currently, member states of the Paris Agreement specify their policies concerning emission cuts under non-binding submissions called “nationally determined contributions” (NDCs). Loss and damage, on the other hand, refers to the harms caused by anthropogenic climate change. If liability for loss and damage were to be established, the countries that have contributed the most to climate change would pay compensation to those that have not. The efforts of the negotiation blocs of SIS have been successful in the establishment of a mechanism for loss and damage, which currently has a mandate to strengthen dialogue and enhance knowledge in this regard.

Negotiation blocs and climatisation: An opportunity to seize?

The climatisation of disaster risk reduction (DRR), as discussed in the first post of this blog series, is opening up a key advocacy area that must be addressed. This is particularly important for SIS, as they are exposed to disasters and suffer from pre-existing vulnerabilities. Recalling the statement of H. E. Jagdish D. Koonjul, the former chairman of AOSIS in 2003: “All efforts invested by SIS in their pursuit towards sustainable development can be negated by a single damaging natural disaster.” More recently, the need for an “integrated approach to tackling climate change and disaster risks” was highlighted during the United Nations Secretary General’s (UNSG) visit to Saint Lucia on the occasion of the Caribbean Community summit in July 2019, and to Fiji during the High Level Political Dialogue with the Pacific Island Forum leaders.

Despite the awareness and acknowledgement of this challenge, the negotiation blocs, which have expertise in climate change, have not been invested in DRR advocacy. Their traditional focus on emissions cuts, and loss and damage has in some exceptional cases been extended. An example is AOSIS, which has adopted the goal of leading the discussion on marine biological diversity of areas beyond national jurisdiction in the recently launched intergovernmental conference. Similar decisions to lead the negotiations for disaster risk management and reduction at the global level must be taken. This strategic decision can have serious benefits. It can, for instance, lead to the critical questioning of the voluntary nature of the international disaster regime, in particular disaster funding that is based on humanitarian assistance.

“Climatisation” will inform the discussions, to a great extent, in the climate summit.  The challenge for SIS lies in identifying what is at stake with regard to “climatised” policy areas and how they can foster the willingness to undertake collective action. The international disaster regime is particularly important, due to our increasing understanding of the link between the impacts of climate change on disasters, and the vulnerabilities of SIS. The SAMOA Pathway, which brings together certain small island developing states to support their sustainable development, is one significant framework the negotiation blocs can collaborate with. By occupying such “climatised” advocacy spaces, the negotiation blocs can come to climate negotiations with better strategies.

This blog post is the last of a series of blog posts on “What to expect in the next Climate Action Summit?” Go back to the beginning of this blog post series.

photo retrieved on pixabay: https://pixabay.com/photos/paradise-lakatoi-canoe-blue-water-945318/. Photo in the public domain. 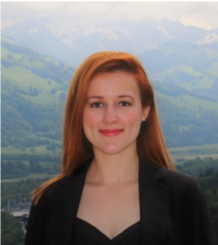 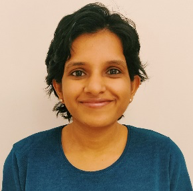