Breaking the deadlock: A proposal for a genuine arbitration mechanism

Switzerland and the European Union (EU) are currently negotiating an institutional framework for the existing sectoral agreements. One of the most contentious issues of the negotiations consists in the question of how disputes about the interpretation and update of the agreements should be solved. This policy brief is concerned with this particular issue and proposes a settlement mechanism that considers the parties’ divergent positions. The disputes this paper is concerned with include provisions that are related to EU law and are thus not specific to the agreements. Due to the provisions’ relation to EU law, the proposed mechanism allocates some competences to the Court of Justice of the European Union (CJEU). However, the CJEU’s role is limited to the interpretation of provisions that are essentially rules of EU law. An ad hoc arbitration panel forms the principal instance of the settlement mechanism. 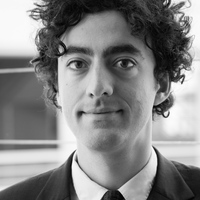